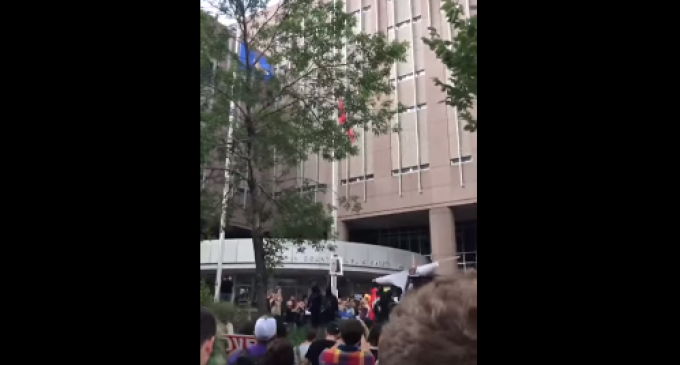 Despite Donald Trump's best efforts, the media and politicians on the left and right have all but refused to denounce the presence of Antifa at last week's Charlottesville protests. That refusal may be giving them the courage to continue their demonstrations across the United States.

The reasoning behind their refusals is simple — the establishment doesn't believe Americans are capable of holding two thoughts at once. They won't allow a person to condemn both Antifa and white supremacists — they force people to make a choice — and they will only accept one answer. You must only condemn white supremacists or you are a white supremacist.

But refusing to condemn Antifa gives them the leftist group silent permission slip to continue with the promise that they won't be disturbed.

And continue they have.

This week, the alt-left group took over a symbol of their Minnesota county and replaced it with one of their own.

Watch video of the takeover on the next page: