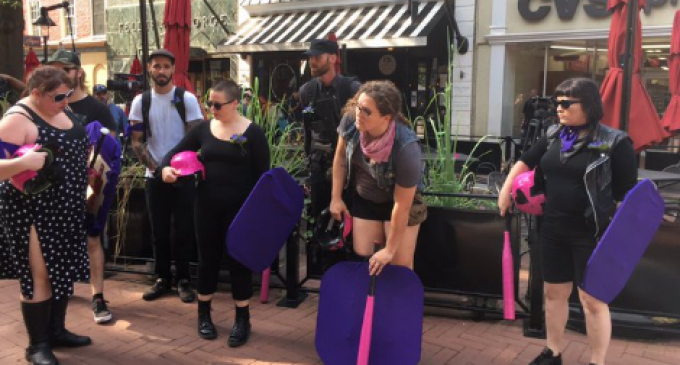 The liberal twitter-verse was up in arms all day yesterday for naught over speculation the KKK would arrive to disrupt the memorial. But, to the shame of the fake news industrial complex and socialist everywhere across the globe, today could not be chalked up as a win for the new world order.

President Trump made it clear in his gloriously blazing press conference yesterday that Heather's mother had messaged him personally thanking him for his kind words regarding her daughter. Not all of these white nationalist men the left is pointing fingers at while crying their eyes out are racist.

The same can't be said for Antifa. It is heart breaking to think of the pain the mother must be feeling right now. How disgusting does a hate group have to be to force their way into a memorial with weapons against the wishes of the family? Even the KKK shows more respect to both the living and the dead. And they are a disgusting hate group condemned by almost every sector of society. Continue on to the next page to learn more about the weapons brought in and Anita's reasoning for violating the family's wishes and personal space with violence at their beloved daughter's funeral