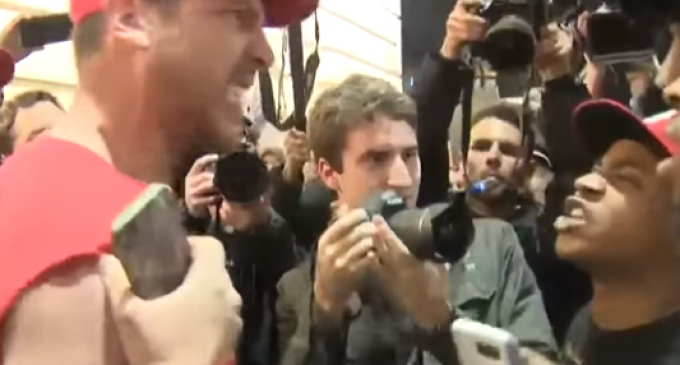 Donald Trump's presidential candidacy is once again being tied to political violence. This time, its not his supporters that are to blame — it hardly ever is — but a group affiliated with leftist anarchy website It's Going Down.

So far in this presidential campaign, most skirmishes that have erupted at political rallies have been spontaneous, and is usually a reaction to some sort of intentional provocation from opposing sides.

This time, however, the violence is being explicitly planned — and they're targeting Trump supporters specifically.

Their justification is as tires as it is illogical. Because of Trump's supposed “racism,” his supporters are legitimate targets, according to the organization. Because the best way to fight racism is with violence, apparently.

Furthermore, this “racism” of Trump's that people seem to cling to has yet to materialize. While they'll point to Trump's assertions that illegal immigrants bring murder, rape, and crime into our country as proof of his bigotry, those are facts — not racism.

To see what sort of violence these liberal thugs are calling for, continue reading on the next page: