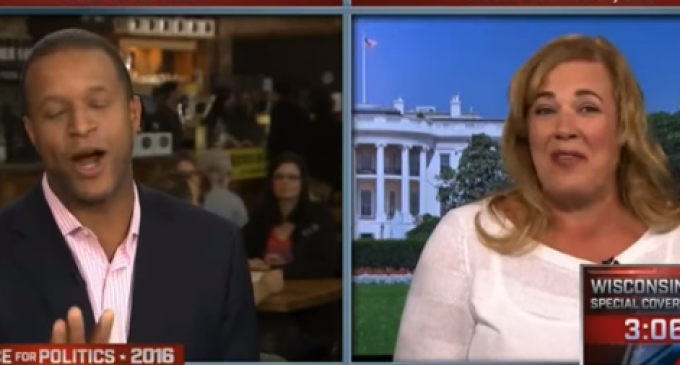 It's all fun and games until somebody brings up the Illuminati. Apparently not even can they give Donald Trump the 1,237 delegates needed for the Republican nomination, at least according to anti-Trump Super Pac founder Katie Packer. In an interview with Craig Melvin on MSNBC Live Tuesday she insisted that there is “virtually no mechanism to hand the nomination to a candidate that doesn't have a majority”.

After what many are calling a “bad week” Trump's numbers have dipped slightly. As of right now, he doesn't represent fifty percent plus one of the Republican electorate. It's no secret that establishment Republicans aren't exactly a fan of Donald Trump, but when the moment comes that they have to pick a nominee, they're going to be stuck in between a rock and a hard place.

If memory serves, they don't exactly like Ted Cruz, either. And while neither of these candidates might be pleasing to them, it's important to remember that they created this situation. Their petty squabbling and infighting allowed this scenario to bloom.

Watch the interview on the next page.