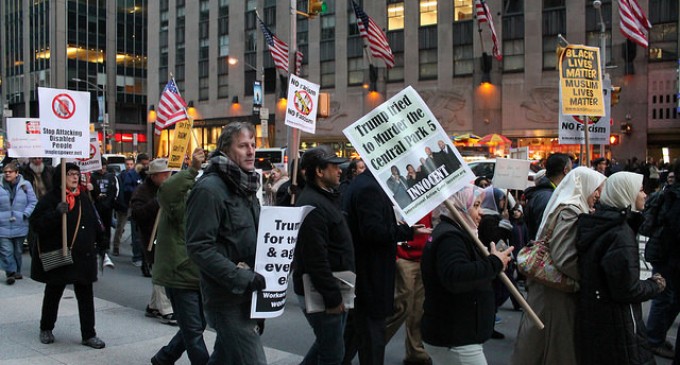 Last week’s violent protest that shut down a Donald Trump rally marked, for some, one of the ugliest moments in modern American politics. Thousands of people successfully silenced the speech of a major Presidential candidate with threats of chaos and violence, and with it stripped both he and his supporters’ rights to free, political speech.

Apparently, it was just the beginning.

Now those behind the mass uprising against Trump are promising more: more shut downs, more chaos, and more violence.

Of course, why wouldn’t they? Not only do these people — evidently Sanders supporters backed by George Soros — not respect the free speech of their political opponents, but they walked away from last week’s protest practically unscathed.

They incited the violence, and yet the media attacked Trump.

With that sort of support — or at least lack of condemnation — more protests are all but guaranteed.

See where they plan to strike next on the next page: