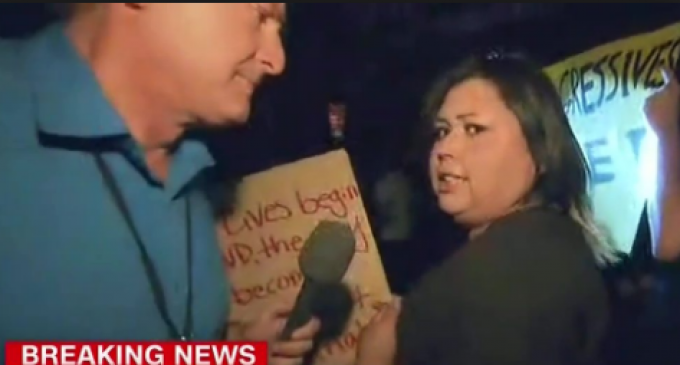 While this election will definitely go down as one of the most momentous in the nation’s history due to its surprising results, it will also be remembered for exposing the violent, venal core of the progressive left.

Ironically enough, the Democrats tried to pin their own intolerance on Donald Trump, accusing him and his supporters of encouraging violence and creating an unsafe environment for minorities. It was hoped that such outlandish claims would discredit the populist conservative but instead of falling for this narrative, the American people overwhelmingly cast their votes for Trump on election day, stunning the media and sending liberals into a towering rage.

Abandoning their earlier claims that “Love trumps hate”, progressives took to the streets and denounced not just Trump but anybody who had the audacity to vote for him as well. And if some of their number are to be believed, it may soon turn into more than denouncing.

Watch video of an anti-Trump protest on the next page: