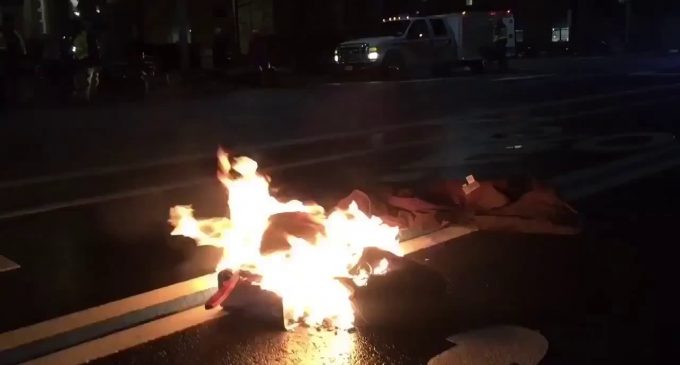 While the left would have you believe their anti-Trump antics are principled resistance to what they perceive as an illegitimate regime, the truth is that it's closer to a complete and utter psychotic breakdown.

In spite of their longstanding tradition of positioning themselves as the “rational” side of American politics, progressives have descended into a serious state of anger and confusion as they struggle (and fail) to cope with their unprecedented election loss. Instead of engaging in introspection and acknowledging that maybe Americans simply don't agree with their policy prescriptions, liberals have written off an entire chunk of the country as “deplorable” and claim that Russia stole the election from Hillary Clinton for Donald Trump.

Against this, it's hard to imagine any productive discussion arising and truth be told, Democrats have openly voiced their opposition to said discussion, preferring outrageous stunts that harm others – and even themselves – to reasoned conversation.