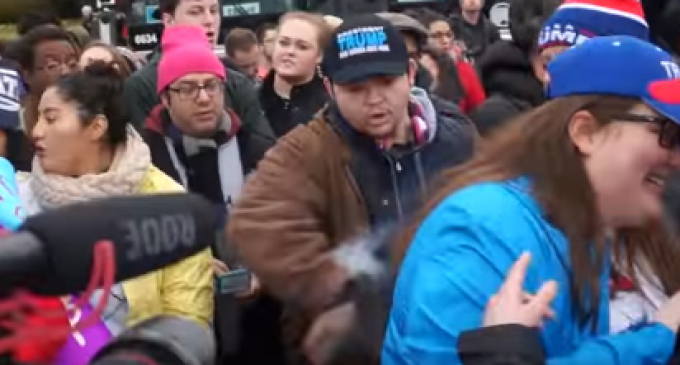 The fallout from President Trump's inauguration has been frightening to say the least. While Conservatives have continued their practice of peacefully letting the other side think what they will despite being wrong, liberals have publicly shown their true colors. But “it's a peaceful protest” they keep telling people, as they're throwing bricks at windows, lighting limos on fire and physically assaulting anybody who supports Donald Trump. Why? Because they think Donald Trump is intolerant of African-Americans, Hispanics, Muslims, gays, lesbians, transgendered people and women. Basically, they think he's intolerant of anybody who isn't white.

Wait, didn't he select a diverse group of people for leadership positions in his administration? He sure did. While these individuals certainly weren't expected and might not be qualified for the positions they're filling, they're defintely diverse in skin color, sexual orientation and diversity. Then there's the women's marches that have been taking place all over the country. Most of them don't even know what they're marching for. One lady held up a sign that said she hopes that one day “women will have the same rights as guns.” Wouldn't that put their movement back a few hundred years? Still, at least they're trying to solve a problem they think exists, unlike the people who have been sitting behind their keyboards, spreading fear and trolling people, while not solving anything.

The moral of the story is that there's a clear difference between a peacefully protesting and being an immature ass, which the person in the clip on the next page clearly doesn't know.