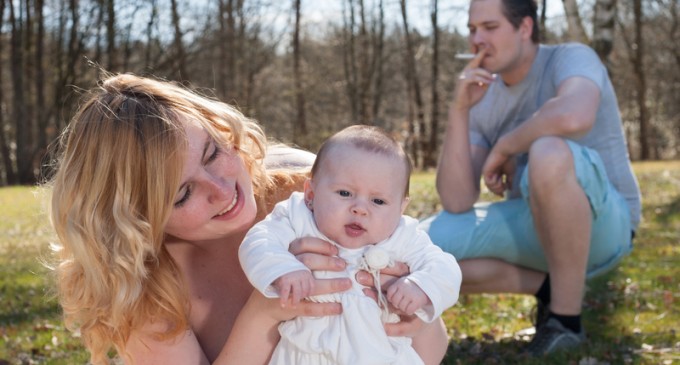 Expanding the scope of it's prohibitionist sights beyond guns, the progressive left is taking aim at another of it's long-standing pet peeves: smoking.

Leading the charge against tobacco is one John H. Banzhaf, a law professor at George Washington University as well as the founder of Action on Smoking and Health. Firmly convinced that the country must be cleansed of this scourge, Banzhaf has devised a modest proposal to help cut down on smoking: charging parents who smoke with child abuse.

Describing his plan before a conference of lawyers of and attorneys from all over the continent, the professor argues that doctors can file child abuse complaints against parents if their children end up in the emergency room due to respiratory problems rising from their parent's smoking. Going even further, he claimed that doctors in turn could be sued for medical malpractice if they failed to file such complaints.