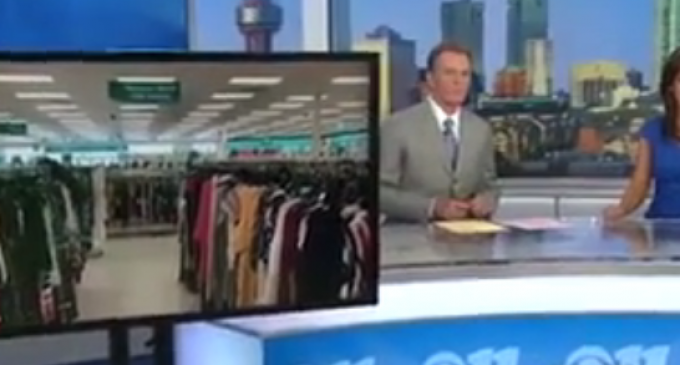 Just because the store is not Target or a public school bathroom, does not mean that perverts will not attempt to “identify as a woman” elsewhere and enter women’s bathrooms and dressing rooms.  Case in point, a Ross store in Texas had a disturbing experience as she heard a man’s voice in the woman’s changing rooms.

Case in point, a Ross store in Mesquite, Texas had a disturbing experience as she heard a man’s voice in the woman’s changing rooms.  She is utterly “outraged” by the way in which the store handled the situation.

The transgender hysteria, motivating progressive policy facilitators, have utterly missed the reality that their fight for the “underdog” puts children and women in danger, but what is that to them, as they make this their poster child for the week.

Just this week at a Target in Texas, a man snuck into the changing room at a Target and videoed a young girl who was changing.  Truth and Action warned:

Frisco police are looking for a man they say photographed a young girl in a Target changing room.

Benito Valdez with police says it happened at the Super Target on Preston Road. “The man was in a female dressing room at the Target and was seen by the victim, over the wall with his cell phone, taking photos of the victim.”

He says the girl ran and told Target staff who told police.

“The suspect was described as a skinny, white, man, approximately 5’11 in height, with dark hair. He was last seen wearing a dark color baseball style hat.”

Read about the Ross fiasco on the next page.