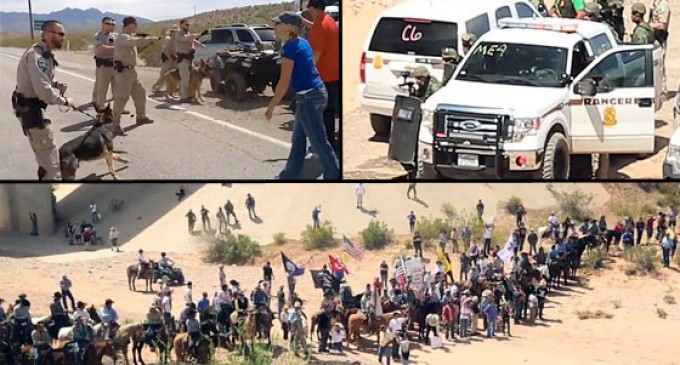 The US Bureau of Land Management (BLM) continues its assault on the western states with a desire to rule all from Washington D.C. The federal government lays claim to over 50% of the land in eleven western states, and is continually seeking to expropriate more territory, in spite of a clear restriction found in the Constitution indicating that the federal government is prohibited from owning such tracts in the various states in the first place.

Environmentalists can also be counted on to demand that ranchers, farmers, and citizens be rounded up and forced into tiny, cubicle like structures in cities in order to “preserve the land and to save mother earth,” and so they act as a proxy and supporter to the illegal activities of the federal government. The government is so determined to steal the land that they have jailed a number of ranchers who had the audacity to question the federal government. Citing Constitutional limits got several ranchers jailed, with decades of potential  jail time being threatened, and a 70 year old rancher is now stuck in solitary confinement due to his “dangerous and threatening” nature.

The crux of the matter is that 70 year old rancher Cliven Bundy has been grazing his cows in a barren and remote section of the Nevada desert, and the federal government is demanding over $1 million for his use of the land. Bundy claims that the land is Nevada state property, and he is willing to pay the state for the use, but not the federal government for the unlawful taking.

Now that Bundy is in jail, the federal government is once again threatening to “cow-nap” his herd, and the obnoxious environmental groups are encouraging the unlawful federal action.