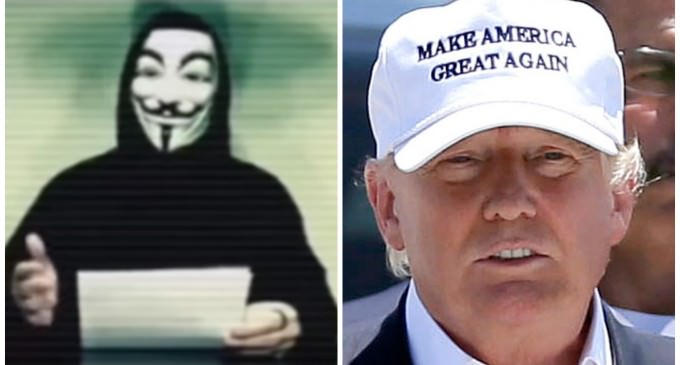 GOP frontrunner Donald Trump is now underfire by an enemy from the darkest corners of the Internet.

Having targeted groups like ISIS and the Ku Klux Klan in the past, many might think it strange that Anonymous, the infamous hacktivist collective, has chosen to focus it’s attention on Trump, who hasn’t murdered anybody or endorsed acts of violence like these groups.

Yet, the group felt it necessary to condemn the Republican candidate, issuing a video in which the speaker, wearing the Guy Fawkes mask associated with Anonymous, criticized his plan to place a temporary halt on Muslim immigration into the US, ominously stating, “Donald Trump, think twice before you speak anything. You have been warned.” The speaker never clarifies what Trump has been “warned” of in the video, making one wonder (and worry) what the controversial group has in store for him.

See the video for yourself on page 2: