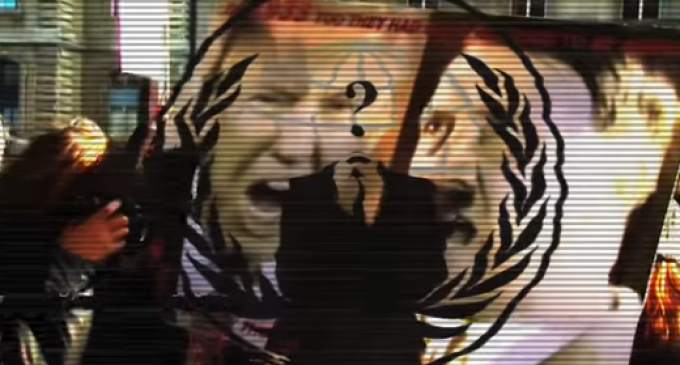 As far as annoying Internet blowhards go, few are as ubiquitous and persistent as Anonymous.

Taking advantage of the fact that they can hide behind a computer screen as they carry out their activities, the hacktivist collective regularly raids groups and individuals it has unilaterally decided are “dangerous” and thus deserving their scrutiny. What is the process by which the group decides whether to take action against a certain target? No one knows, as the loose-knit nature of the group as well as the anonymity of its members mean that anyone can claim to be a part of Anonymous and call a raid against whomever they please.

With this in mind, it is hardly surprising that posters claiming to represent the group are taking action against one of the easiest targets for people looking for cheap ways to virtue signal to others: President Donald Trump.