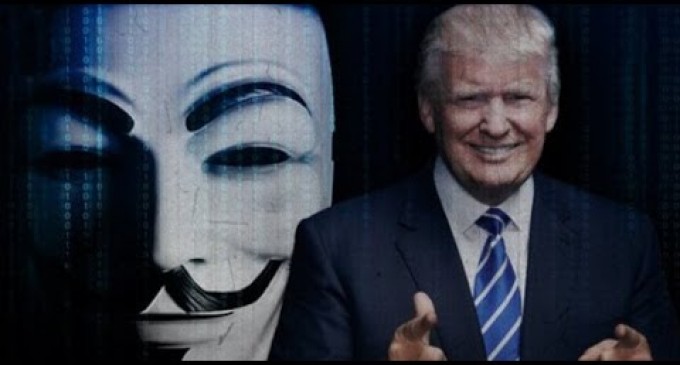 Anonymous has called Trump an “enemy of the Constitution” and has launched an an attack, declaring “total war”, on the GOP front-runner.  The hacker group has released Trump's social security number, as well as his phone number.

Posting personal information about Trump online, information that USA Today states can be found online, Anonymous is using their hacking skills to try to defame and defeat Trump.

Recently a video was released by Anonymous, calling people to action stating, “it was time to stop the ‘forces of evil, bigotry and fascism that have come to the forefront of this election cycle.’”
We certainly live in a brave new world, where a hacking group can steal and spread information about anyone.  “Hactivists”, such as Anonymous, may not block the roadways into Trump rallies, or physically threaten those who support Trump, but their protesting activities do have an effect upon anyone they set their sights on.
Check out more about Anonymous' anti-Trump protestation on the next page.