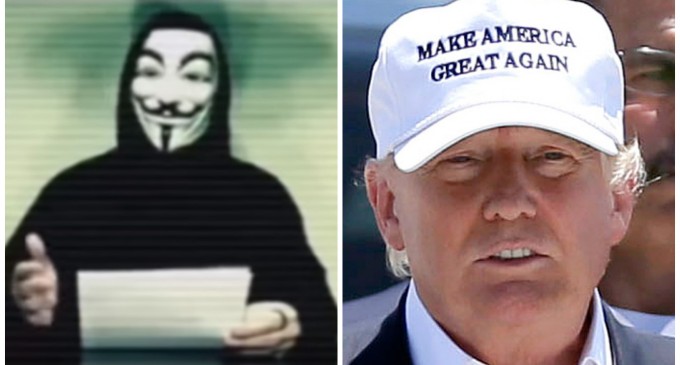 Donald Trump has so many enemies that's it hard to keep track of them all, although a certain new one should draw the attention of his supporters.

After months of inactivity vis-a-vis the Donald, infamous hacker group Anonymous announced it would revive operations against the Republican frontrunner's campaign. The hacktivist collective stated that it's anti-Trump activities would resume on April 1st.

The group first declared war on Trump back in December when it took issue with his support for a temporary ban on Muslims entering the US. Releasing one of the many videos they're so famous for, Anonymous described his campaign as “inconsistent and hateful” and accused of him running for president solely out of self-interest.

To that end, the collective threatened to take down Trump's websites and release his private information, with them going as far to list all the assets of his that they are planning to attack.