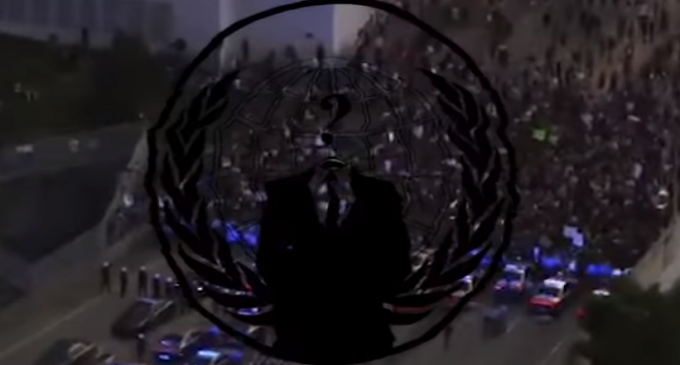 You might thank that the havoc currently being wreaked by Black Lives Matter was bad enough, but it’s nothing compared to what the group has in store for July 15th.

Speaking in support of the divisive anti-police movement, sympathizers from Anonymous have warned that they will engage in protests all over the country on what they call the “Day of Rage”. The Internet hacktivist collective announced it’s plans on a Youtube video, describing the planned protests as a reaction to the fatal shootings of Philando Castile and Alton Sterling.

Set to footage of Dallas police responding to last week’s massacre, the narrator ominously intones that Anonymous members and Black Lives Matter supporters will block streets across America in order to further disrupt the lives of citizens. In order to give viewers an idea of the plan’s scope, the video includes a list of locations and times that will be subjected to unrest next Tuesday.

Watch the video for yourself on the next page: