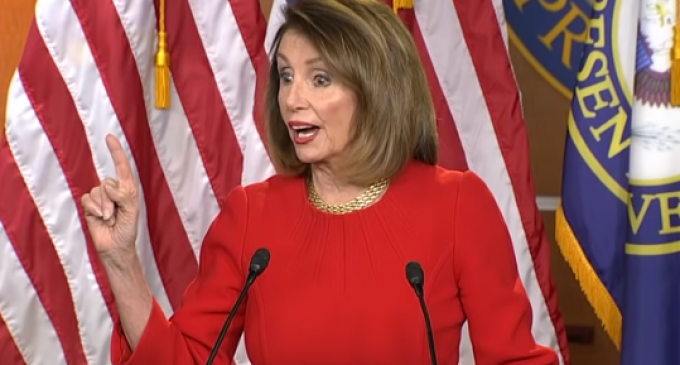 A highly agitated Nancy Pelosi smacked the lectern during a press briefing Thursday while demanding the release of Trump’s tax returns as well as the Mueller’s report.

A House committee chairman formally demanded Wednesday that the IRS to turn over six years of President Trump’s personal tax returns, the first such demand for a sitting president’s tax information in 45 years.

White House press secretary Sarah Sanders said Thursday that the White House “is not interested in playing a bunch of political games like the Democrats in Congress clearly want to spend their time doing.”

Trump ‘doesn't have any intention to release those returns,' Sanders said, insisting, as the president has, that his returns are ‘under audit,' and ‘he doesn't anticipate that changing at any point anytime soon.'

“Show us the tax returns,' the House Speaker demanded in reply, adding the House Democrats are ‘not walking away just because you say no the first time around.”

Pelosi recently refused to release her tax returns. Who would like to see how the Speaker's salary of $223,500 has allowed for her net worth to grow to $120 million?

Turn the page for more details plus video.