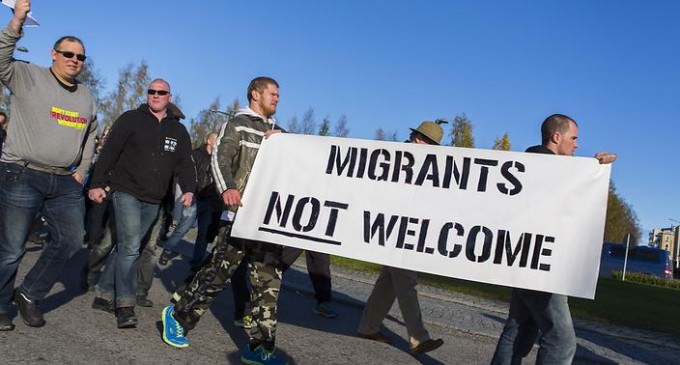 Tensions are running high in Finland after an asylum seeker was arrested for raping a 14-year-old girl. In response to this incident, mobs of outraged people – some wearing Ku Klux Klan outfits – have taken to the streets in the town where these allegations have been made and begun protesting.

The alleged attack happened in the town of Kempele as she was walking home two weeks ago. A young man living in a migrant center was arrested and is currently awaiting trial. The situation has sparked protests and a rise against multiculturalism. These anti-migration marches have become an example of the mindset of an entire country.

If you've kept up with the migrant situation from the start, you're probably aware that rape has become one of several major crimes committed by asylum seekers in Western Europe. Finland's prime minister Juha Sipila continues to welcome migrants and has even offered one of his homes in Kemepele as an emergency accommodation, should it be needed.

Read more about the outrage on the next page.