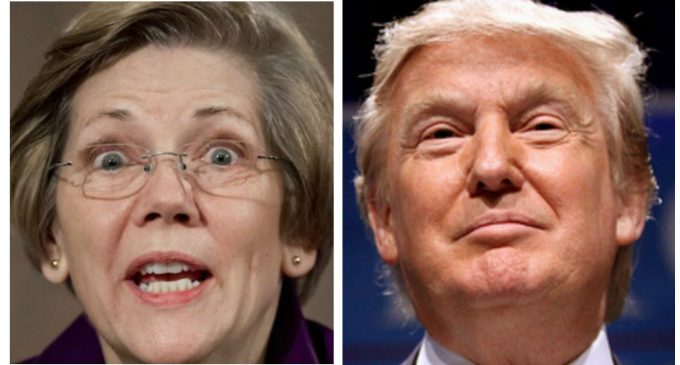 In what appears to be an attempt to handle the flap she’s caused by falsely claiming she had a strong Native American heritage and the ensuing taunts by President Trump, Warren has a 9,000-word agenda for Native Americans and tribal rights.

Warren has now risen above Joe Biden in the polls for Democratic nominee and that hasn’t gone unnoticed by the President, who turned attention back to her on Thursday evening during a New Hampshire rally at which he promised more attacks on ‘Fauxhauntas’.

“Like, Elizabeth Warren — I did the Pocahontas thing,” Trump said. “I hit her really hard, and it looked like she was down and out, but that was too long ago. I should’ve waited. But don’t worry, we will revive it.”

Native American leaders have sharply criticized Warren for attempting to appropriate a racial identity through a DNA test in order to settle a political controversy. That attempt proved devastating for the Senator after she prematurely released the results before double-checking the math. In the end, the test showed that she was only 1/1024 Native American.

“Senator Warren is undermining tribal interests with her continued claims of tribal heritage,” then-Cherokee Nation Secretary of State Chuck Hoskin Jr. said in a statement at the time.