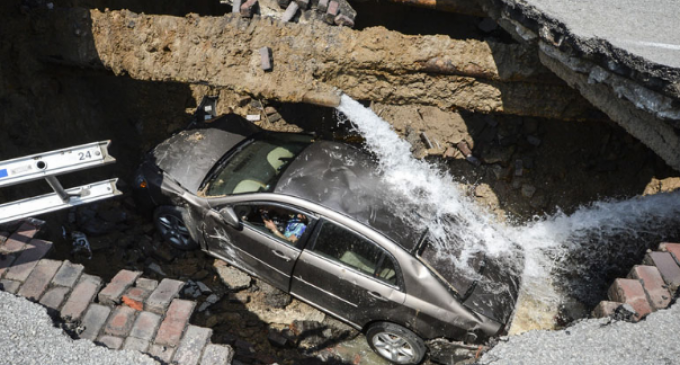 There's a “invisible water crisis” happening across the United States — but nobody is talking about it.

Water may be the single most important thing necessary for life, but that doesn't mean the government always gets it right.

The most obvious example of this comes from Flint, Michigan. Since 2014, the city hasn't been able to get clean tap water due to a failed water infrastructure system that put an unacceptable amount of lead into the water supply.

But Flint isn't the only city facing major water issues. Their issues may soon spring up across the county. Not only are politicians refusing to fund the necessary improvements needed to keep water systems up-to-date, they're also allowing exorbitant fees that leave many unable to pay for the utility.

Of all of the cities plagued by an ancient and unaffordable water system, Philadelphia may be the worst. Read about the scale of their problems on the next page: