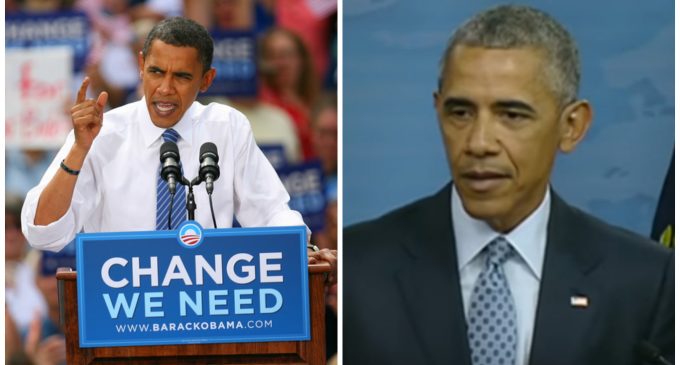 As Mr. Obama wraps up his tenure as president, perhaps it's time to start doing some “before and after” stories or comparisons.  Physical appearance would be about the least important topic to discuss.  Yet, while working on this article it was difficult not to notice how much he has aged during these eight years.  The youthful look has turned to the appearance of an old man.  It's like he skipped over middle age.

On to far more important comparisons — ones that actually matter such as the condition of America before and after Obama — on page two.