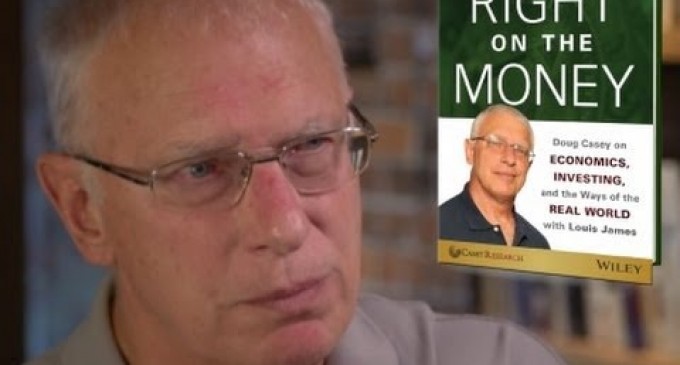 As the American people are propelled into a dynamic future, fractures among the nation divide us further than we have ever been divided before. Author and economist Doug Casey discusses this issue among others, which are included in his book Right on the Money.

According to Mr. Casey, the fate of the American people may be like that of those of former nation state Yugoslavia, which dissolved into several separate countries.

“Increasingly the U.S. is sectionalizing where people […] that live in the pacific northwest don’t have an awful lot in common with the people of southern Florida. I think centripetal force is overtaking the U.S.”

Although he warns that we are not to be alarmed:

“If the U.S. broke up into six, more or less, I think that would be a good thing.”

Watch the video and tell us what you think. Is the U.S. in danger of splitting up in a violent bout of war, or are we more safe than we think we are?