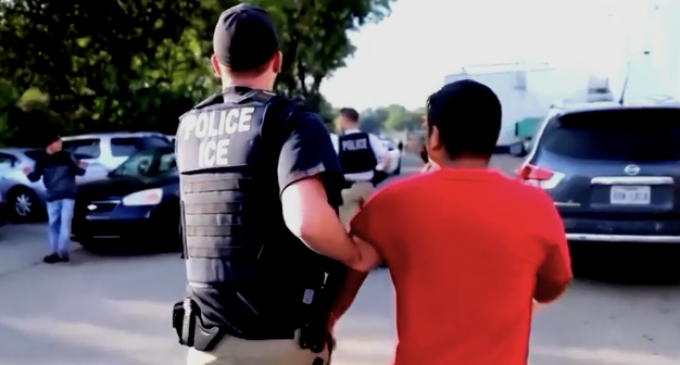 About 150 local US citizens attended a job fair at a food plant on August 12th to apply for the jobs left available after ICE raided the facility and removed 243 alleged illegal immigrants.

By 10 a.m., a crowd of dozens had arrived at the Koch Foods plant, based near Chicago, and a steady stream of people came and went.

DHS raided seven worksites across six towns in Illinois that resulted in the detention of 680 suspected undocumented immigrants, about half of which were later released for humanitarian reasons, federal officials said.

The area’s unemployment is high, and the wages are low.

From 2000 to 2009, the labor-force participation rate in Mississippi dropped by 9 percent, according to an August 8 report from Krikorian’s CIS. The drop from 78 percent to 69 percent leaves 494,000 U.S.-born adults out of the workforce in 2019, said the report, titled “The Employment Situation of Immigrants and Natives in the First Quarter of 2019.”

Last year the Trump administration began overhauling the welfare program across the U.S. In April, the President signed an executive order that directed federal agencies to strengthen the work requirements for various welfare programs.

“President Trump endorses reforms that ensure those in need receive assistance while eliminating the economic stagnation that has resulted from long-term government dependence,” said Andrew Bremberg, director of the president’s Domestic Policy Council.

So, if you’re losing your monthly check don’t fret, it appears job availabilities is on the uptick.