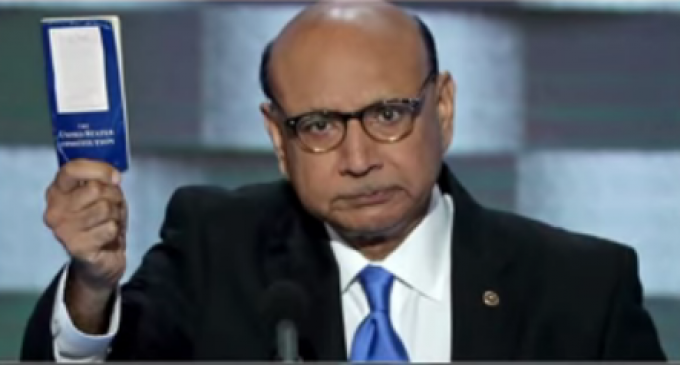 Last week, during the Democratic National Convention in Philadelphia, PA, Khizir Khan, whose son was killed while serving in the military, attacked Donald Trump for ‘sacrificing nothing and no one' and failing to understand the United States Constitution. The Khan family was asked to speak because they are Muslim.

When Trump responded, he was criticized for attacking a gold star military family. Apparently, even though they made a political attack in the most political arena in the United States, they were still somehow politically off-limits.

Of course, these rules didn't apply when Hillary Clinton called Pat Smith, who lost her son in Benghazi, a liar after Smith's speech at the Republican National Convention.

Now that the media has made it abundantly clear that Trump will not be allowed to respond to the family's attacks, other media outlets have come out to refute the claims made by Khan.

See Gateway Pundit's response on the next page: