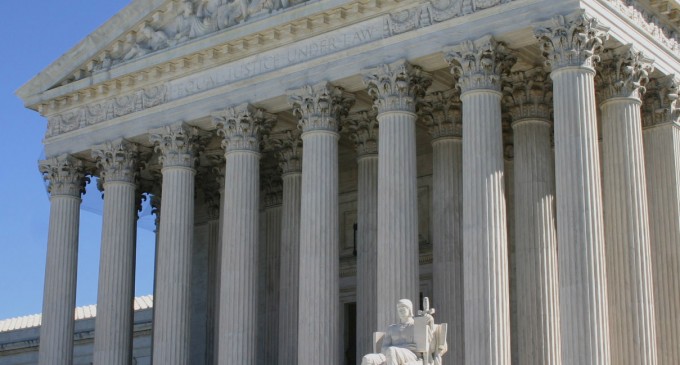 Our court system, along with our federal government, is lawless.

There is, of course, good reason that warrantless evidence can't be used as it protects our rights from being infringed upon.

Once again, in the name of ‘fighting terrorism', the most basic of our rights has been stripped from us!

In an unprecedented move for the US legal system, the federal government has notified a suspect in a terrorist case that it is going to use information intercepted through warrantless surveillance as evidence against him.

In a court filing, the US Justice Department informed the legal team of terrorist suspect Jamshid Muhtorov of its plans to use communications obtained without a warrant as evidence against him.

In the filing, the government plans to use as evidence “information obtained or derived from acquisition of foreign intelligence information conducted pursuant to the Foreign Intelligence Surveillance Act of 1978”.

The introduction of such evidence for the first time in a criminal case in the US comes amid the escalating NSA spying scandal and ongoing debate about notifying defendants about existing evidence against them, collected by illegal surveillance.

Uzbeki-born Muhtorov was arrested by the FBI last year for allegedly providing aid to the Uzbek terror group known as Islamic Jihad Union (IJU). He is suspected of engaging NATO and US forces in Afghanistan in 2008. It is alleged that the 35-year-old was heading overseas to fight on behalf of the IJU.

During the course of the investigation which started last March, agents recorded communications between Muhtorov and the administrator of an extremist website that they obtained from the suspect’s two accounts.  In collaborating with the group, Muhtorov allegedly used code words, claiming that he was “ready for any task, even with the risk of dying”.

The FBI also has communications data from Muhtorov's phone lines. In one call it is alleged that the suspect said that the Islamic Jihad Union needed support. The affidavit filed in the case by an FBI agent also said that the person on the other line warned Muhtorov not mention the founder of the book during the conversation. In another call with his daughter last July, Muhtorov told her that he would not see her again “but if she was a good Muslim girl he will see her in heaven,” the affidavit said.

The evidence also suggests that Muhtorov and another suspect Bakhtiyor Jumaev plotted to carry out terrorist acts.  The affidavit claims that Islamic Jihad Union opposes the Uzbek government and has been placed on a foreign terrorist organization by the US following attacks on US and Israeli embassies in 2004 in the capital, Tashkent.

Muhtorov, a human rights worker, was arrested on 21 January 2012. If convicted Muhtorov faces up to 15 years in prison.