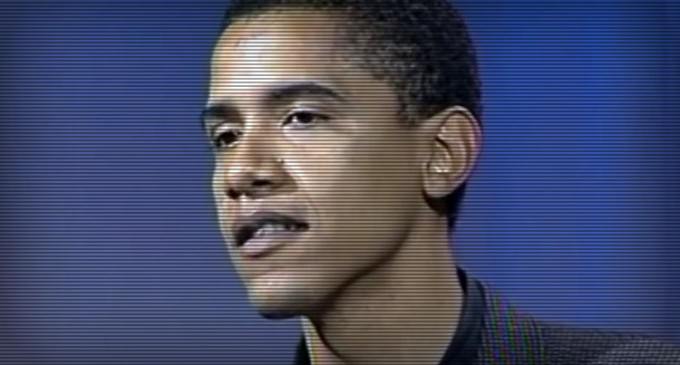 A video presentation by Harvard Law School student, Barack Obama, broadcast in 1995 and ‘lost' in the archives reveals the future president's basic motivations. This was a segment from Channel 37 Cambridge Municipal Television's “Author Series” in which Obama discusses his book, Dreams From My Father: A Story of Race and Inheritance.

Obama's communist influences and socialist attitudes were there to see for any who watched and listened. Sadly, a mixture of willful neglect and voter apathy led the mainstream media and opponents to the Democrats election machine to ignore this evidence. Almost nobody noticed that Obama had all the characteristics of a budding socialist nightmare in office.

Was This Video Evidence Concealed? View the clip after the break (below).

Obama doesn't reveal the identity of the mysterious mentor-figure cited 22 times in his book, called only ‘Frank'. In the audio version of his book, all references to ‘Frank' were eliminated.

In 2008 we discovered that “Frank” was Communist Party member Frank Marshall Davis, a figure who had a 600-page FBI file devoted to him, yet the media never questioned Obama about the exact nature of the relationship with Davis while he was growing up in Hawaii.

Watch the video “Lost” in the archives after the break: