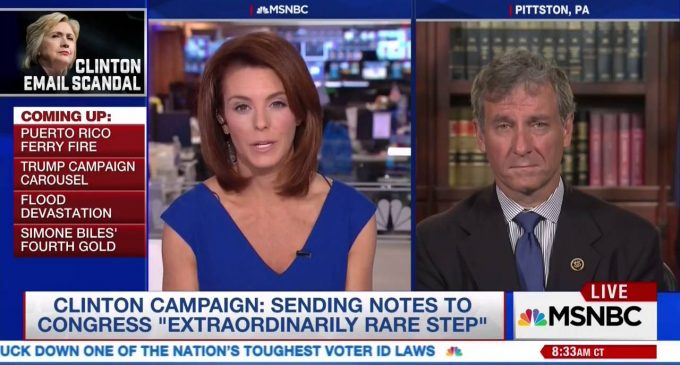 “How is that not perjury?” asked MSNBC’S Stephanie Ruhle of Representative Matt Cartwright (D-PA), after playing the statements made by Hillary before the Benghazi Select Committee and FBI Director James Comey refuting them.

Representative Matt Cartwright stupidly responded that there were “only three”, to which Ruhle retorted, “But only three is not zero!”

Exactly!  A lie about just one thing is still a lie.  In a court of law, perjury doesn’t become more damning if it’s ratio to truthful statements is higher, but rather telling anything under oath that is not true, even one statement that is a lie, is perjury.

The left will break the rules and it is perfectly acceptable as long as they don’t get caught.  If, however, one gets caught, one grades on a curve, based on an imaginary good versus evil standard, with the good behavior leveling out the bad behavior.  Ethical relativism is at play here.

Ruhle calls Cartwright’s bluff in the video on the next page and it is beautiful.