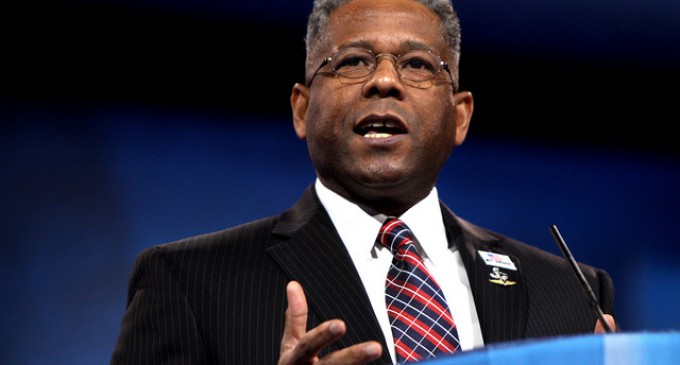 Former Repiblican Representative Allen West of Florida is critizing the conduct of the 10 US sailors who were captured and quickly released by Iran yesterday, saying they should have resisted arrest.

Allen West rightfully highlighted the political fallout that comes from the imagery of detained and embarrassed US military personnel. Being a retired US Army lieutenant colonel gives some wisdom to the criticism that the personnel should have fought back, if only to prevent Iran from being able to make claims that Iran's military force is unimpeachable and mighty (it isn't).

West also criticized the conduct of the 10 detained sailors, saying they should have assumed a defensive posture and called in for help in order to prevent any incident or threat from developing into something dangerous, like a political loss of face being televised from Iran around the globe.