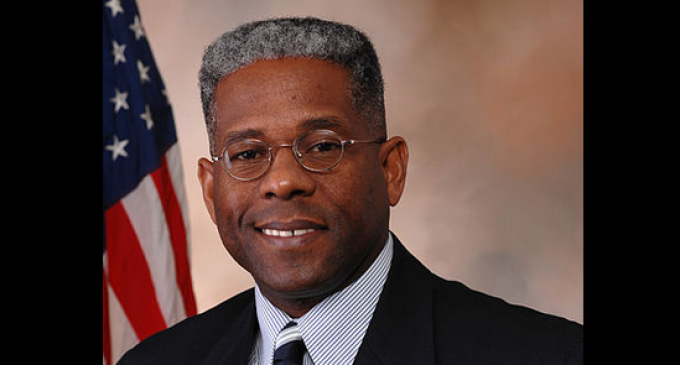 “The only plausible explanation for many actions taken by President Obama and his administration is that they are working counter to the security of the United States of America. How else can one rationalize the following:”

West goes on to describe 6 primary actions taken by Obama that can only lead to West`s conclusion:

“Sorry, but I can only explain this one way: Barack Hussein Obama is an Islamist in his foreign policy perspectives and supports their cause. You can go back and listen to his 2009 speech in Cairo, where Muslim Brotherhood associates were seated front and center.”

1. The unilateral release of five senior Taliban back to the enemy while the enemy is still fighting us.

4. Negotiations with Hamas, a terrorist group.

5. Returning sanction money, to the tune of billions of dollars, back to the theocratic regime led by Iran’s ayatollahs and allowing them to march on towards nuclear capability.

In an operation that was again unilateral with no Congressional approval, U.S. military support and resources were given to Islamist groups fighting against Moammar Qaddafy — and we know the results of that action. Not long after, one of the groups this administration armed, Ansar al-Sharia, took responsibility for the terrorist attack and murder of our U.S .Ambassador Chris Stevens, Sean Smith, Ty Woods, and Glenn Doherty at the Benghazi Special Mission Compound (SMC). Oh, and that same group claims it has established an Islamic caliphate in eastern Libya, based in Benghazi. Just two weeks ago, the United States of America evacuated the Libyan embassy in Tripoli due to security concerns.

But I guess it’s all hunky-dory there now, because according to the Washington Free Beacon, “The Obama administration has lifted longtime restrictions on Libyans attending flight schools in the United States and training here in nuclear science, according to a final amendment of the ban recently approved by the Office of Management and Budget (OMB).”

“Less than two years after the deadly terrorist attacks in Benghazi, Libya that killed four Americans, the Department of Homeland Security (DHS) is poised to sign off on an amendment reversing the ban, which was enacted following a wave or terrorist attacks in 1980s and prevents Libyans from studying these sensitive trades in the United States.”

We just evacuated Libya due to security concerns. There can be no doubt that Libya is an Islamic terrorist sanctuary state, thanks in no uncertain terms to Obama, and now he wants them to come here and learn how to fly planes and understand nuclear science?

Ok Lucy, ‘splain this to me.

The Free Beacon says “the original law effectively disqualified all Libyan nationals and those “acting on behalf of Libyan entities” from training in “aviation maintenance, flight operations, or nuclear-related fields,” according to the ban. “The Department of Homeland Security (DHS) is amending its regulations by rescinding the regulatory provisions promulgated in 1983 that terminated the nonimmigrant status and barred the granting of certain immigration benefits to Libyan nationals and foreign nationals acting on behalf of Libyan entities who are engaging in or seeking to obtain studies or training in,” the amendment states.”

DHS spokesperson S.Y. Lee who told the Free Beacon that the Obama administration is reviewing its policies towards Libya “to see how they might be updated to better align with U.S. interests” in light of its revolution.”

If I may interject here, Libya is not a stable country and there can be no alignment with U.S. interests as long as there are al-Qaida affiliated groups freely operating in that country.

Of course this action is taken when the House and Senate is away on a five-week hiatus from D.C. but at least the House Judiciary Committee responded by acknowledging, “The terror threat continues and numerous news reports document recent terror-related activities coming from Libya.”

Why wouldn’t the Obama administration allow Kurdish Peshmerga members to come to America and receive flight training so they could be given quality helicopter gunships and destroy ISIS? Can anyone explain what the strategy and objective is here in lifting this ban with a nation that is or should be on the terrorist watch list?

Sorry, but I can only explain this one way: Barack Hussein Obama is an Islamist in his foreign policy perspectives and supports their cause.