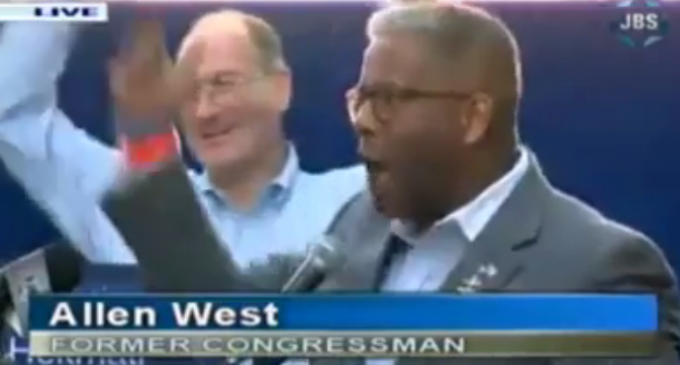 Former U.S. Congressman and retired LTC Allen West delivered an epic speech in which he tore Obama into shreds over his nuclear deal with Iran.

West delivered the incredible fiery speech to a crowd of around 10,000 at a “Stop Iran Deal Rally” event in New York City’s Times Square on Wednesday.