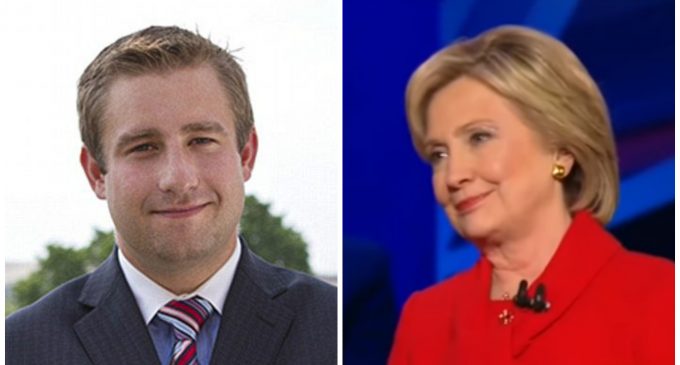 A major break in the Seth Rich case is underway and there is about to be a raining down from the sky of fire and brimstone.  However, that fire and brimstone won't be from God Almighty, but rather from the Democratic National Committee (DNC) and all affiliated and loosely-attached government entities.  This may not be THE smoking gun required to prove once and for all that Rich was murdered not due to a botched robbery (as the D.C. police department insists) but rather through a clandestine hired hit because of the DNC staffer's betrayal of tens of thousands of emails being sent to WikiLeaks, ultimately leading to Hillary scandals too great to cover-up.

For those of you who are not thoroughly familiar with the case and only know the name Seth Rich or referral to the DNC staffer who was shot on the streets of Washington, D.C. last year, let me wind back the clock and go through the series of events that apparently led to the unfortunate young man's murder in cold blood.

Seth Rich was a young Democrat ideologue from Omaha, Nebraska who was fortunate and diligent enough to land himself a very good job at the DNC after college.  His job, although at the time seemed mundane, was nevertheless important and ultimately became a pivotal reason for his death in the nation's capital.

Rich lived in the Bloomdale neighborhood of D.C. in the northwest quadrant of the city.  It is a very upscale neighborhood less than two miles from the Capitol.  During the 2015 initiation of the Democratic Primary, Rich became an ardent supporter of Socialist Bernie Sanders and being the Voter Expansion Data Director for the DNC, he became privy to many emails and memos that were highly sensitive for upper ranking DNC members.  Podesta's and Wasserman-Schultz's emails regularly crossed his desk and in early 2016, Rich discovered much to his shock that his preferred candidate for president, Bernie Sanders, was NEVER GOING TO RECEIVE THE NOMINATION, whether or not he won the primaries of each and every state!

Yet here was the evidence in abundance that DNC officials would stop at nothing to provide easy access for Hillary to gain the nomination and, ultimately, the presidency.  What was a young man of no worth in the Party of Hillary to do with this bombshell?