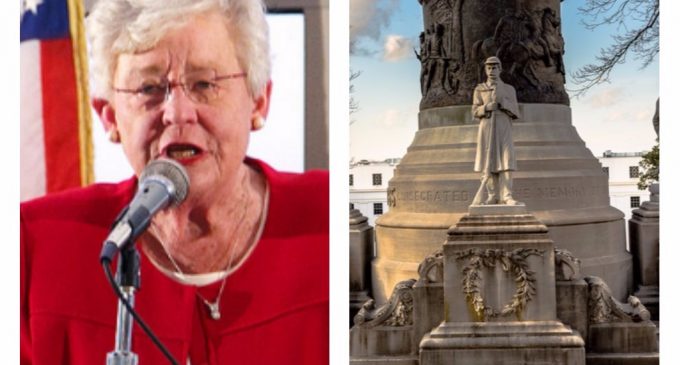 Before the national treasures were being protected in the United States, historical markers, homes, buildings, and monuments were being destroyed to make way for progress.  With a slight deviation, the same thing today is occurring where CERTAIN historical markers, homes, buildings, and monuments are being destroyed, removed, or placed into storage to make way for Progressives.

I remember first discovering the remains of a whole bunch of stone foundations, garden walls, fountains, pools, columns and stairways along the paths atop the Palisades Cliffs overlooking the majestic Hudson River.  At first, as a kid in the '60s, I imagined they were the remains of a whole bunch of wild folks who lived off in the woods away from society.  As it turned out, they were the remains of a whole host of mansions that made up a strip of land that stretched for miles nicknamed “Millionaire's Row.”  Such luminaries as John Ringling of circus fame, Cora Timken, heiress to her father's ball bearing industrial empire, George Zabriske, the Pillsbury flour mogul, Manuel Rionda, the sugar baron, and many others.  Their homes had very impressive and important sounding names like Cliff Dale, Gray Crag, and Rio Vista.

In 1930, John D. Rockefeller bought all of the land that encompassed “Millionaire's Row” and subsequently sold all the land to the Palisades Interstate Park Commission, jointly run by the States of New York and New Jersey.  What transpired then was a true tragedy for part of the agreement of the Rockefeller sale was that the land would be reserved in perpetuity for public use and that meant that every single one of these beautiful estates, built from native stone quarried from the cliffs themselves, would be destroyed, with the single exception of one which would remain as the PIPC headquarters.  The only memory of these buildings appears in archived photographs before their demolition.

Today, progress continues to grab hold of history and shakes it in its vicious teeth, threatening to send the shreds of our heritage into the abyss of forgotten lore.  But, rest assured, only such history as is morally offensive and reprehensible to Leftists bent on the complete dissolution of such history.  After all, we wouldn't want our children to be forced into hiding in their safe spaces by the mere sight of one of our historical markers, would we?

Follow this link to the next page where one State's governor has stood up to say, “Hell, no!” to the displacement of our history.