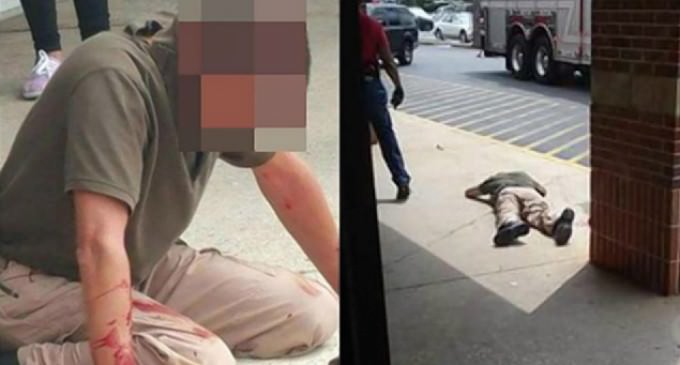 When one calls 911 they have no doubt the police will come, wearing bullet proof vests, ready to take a bullet, or fire a bullet in your defense.  There is no anxiety running through your head, “I wonder if the police will come?”  If anything, that is the only solace running through your head if its a life and death situation.  They have to employ violence to save you.  Yet, situations like the following are being praised by those who have their campaign as a “war against the police”.

An Alabama Detective pulled over a black man named Janard Cunningham for driving erratic.  What happened next, and its hate filled aftermath, sums up everything Obama put into motion in pitting white vs black, gay vs straight, Christians vs the secular theology of godlessness, Americans Citizens vs Global Citizens.  And the “useful idiots” who fall for it.