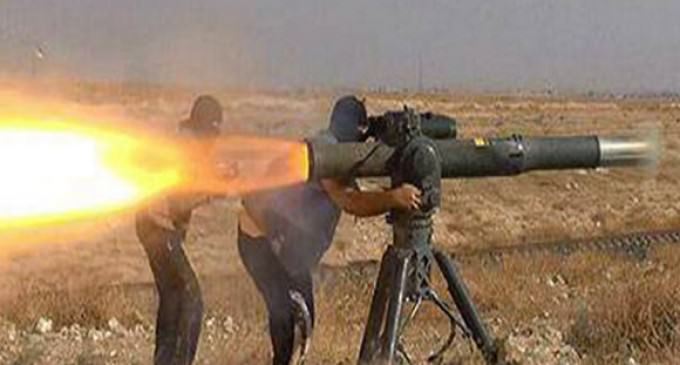 After a Turkish fighter shot down a Russian warplane in the skies over Syria, tensions have risen to an all time high between NATO and Russia. And of course President Obama is taking the side of Turkey, who clearly had no reason to shoot down an aircraft that wasn't threatening them in any way. Not only was Vladimir Putin angry about this fact, but he once again pointed out the very inconvenient truth that the Obama Administration continues to ignore, that truth being that like al Qaeda, ISIS is a product and tool of the United States. They're well funded, well organized, and possibly being protected. After all, would it be that unheard of for the American government to be funding terrorism to suit their own needs? If you recall, that's how ISIS was created and that's how a new group of terrorists is being created as the United States continues to supply weapons to rebel groups in Syria in hopes of overthrowing Assad. That's right, in President Obama's blind hatred of Assad, he's willing to do whatever it takes to get his way and see the man taken out of power, even if that means creating a sequel to ISIS. And judging by the fact that these rebels have actually been supplying American weapons to The Al-Nursa Front, they've already become a problem.

Read more about these terrorists' windfall on the next page.