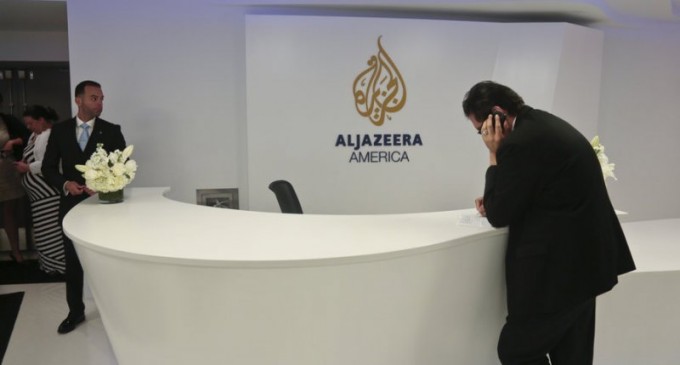 After nearly three years of ratings failure, and other problems that lead to irrelevance, Al Jazeera America will be taken off the air in April. If you're one of possibly millions of Americans who have never heard of Al Jazeera America, it's a left-wing cable news channel that launched in 2013 and has been sinking ever since. This is due to the fact that in their three years of being on the air, they never so much as delivered a successful interview, news scoop, Internet meme or anything that left people talking. This is evident in their almost complete lack of audience. The only thing Al Jazeera America is even remotely known for is a now-debunked attack on football star Peyton Manning.

The Qatar-owned newsmaker failed to appeal to liberals in a market that's basically owned by the liberal media, that's an accomplishment in itself. HuffPo Live, a streaming left-wing cable news network also met their untimely demise earlier this week. Let's hope that this is a sign of things to come. With those two down, maybe CNN and MSNBC will be next.