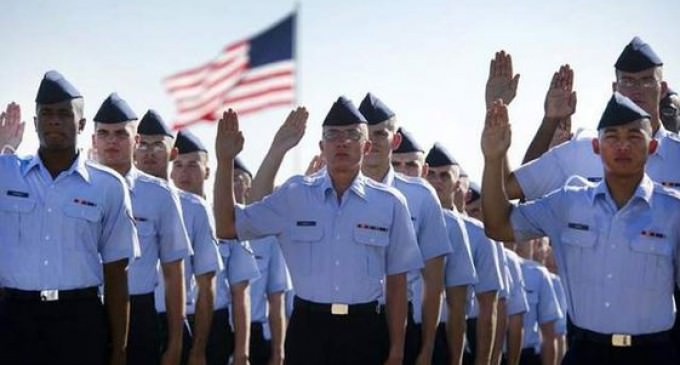 After the group American Humanist Association threatened to sue the Air Force on behalf of an atheist Airman, the Air Force immediately removed the requirement to say ‘So Help Me God’ from their enlistment oath.

The Airman was denied re-enlistment after crossing the phrase off the oath on Aug. 25th, prompting the suit.

“We are pleased that the U.S. Department of Defense has confirmed our client has a First Amendment right to omit the reference to a supreme being in his reenlistment oath,” Monica Miller, an attorney with the AHA’s Appignani Humanist Legal Center, said in a statement Wednesday, Air Force Times reported. “We hope the Air Force will respect the constitutional rights of Atheists in the future.”

The Army, Navy and Marine Corps all give enlistees the option to say “so help me God.”