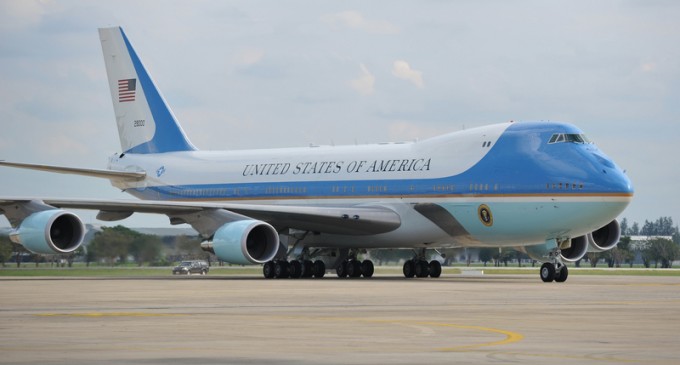 The President of the United States is likely the most threatened man in the world. As a man who is likely constantly running from impending assassination, it's surprising that we are just now learning that the Obama Administration entrusts a Middle East company with the servicing of the President's airplane.

An attack against Air Force One would be an attack on both the President and an Icon of American diplomacy, and is for that reason no doubt an attractive — if once unattainable — target for terrorists around the world.

With this revelation, though, a path to the president through the Middle East has been opened. While the White House is adamant that security measures are in place that would ensure that anyone with contact with the plane is thoroughly vetted, the question remains:

Why allow for the possibility in the first place?

USA Today has the facts on the next page. Check them out: