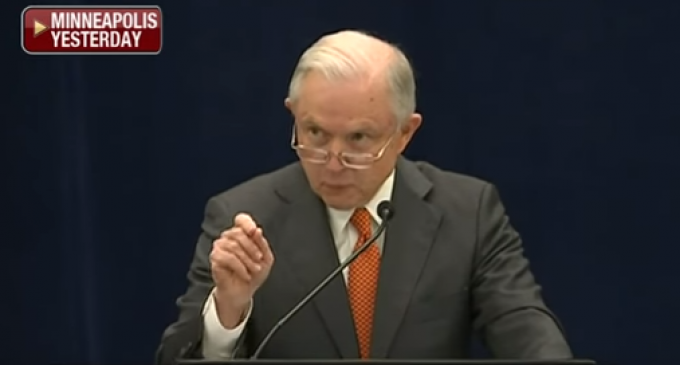 If you thought the recent house bill requiring citizens report all cash and other assets not held in a bank was bad, wait till you hear about the latest big government scheme Jeff Sessions just cooked up.

This move is so in alignment with the globalist vision for a cashless, subjected society that one would be forgiven for thinking it was Eric Holder who brainstormed this new overstepping of government power.

And what is particularly infuriating about this latest executive decision approved by Sessions and the DOJ is that you don’t even have to be guilty of a crime in order for the police to seize up to 10,000 dollars in cash from private citizens. Why might you ask and how is Sessions possibly defending this breach of citizens' rights? Well, that is a good question. Furthermore, he delivers a defense so sickening and ludicrous it makes one question everything they’ve ever heard about this former Alabama senator who is now leading the DOJ in this apparent major sneak attack for the establishment. More on the next page