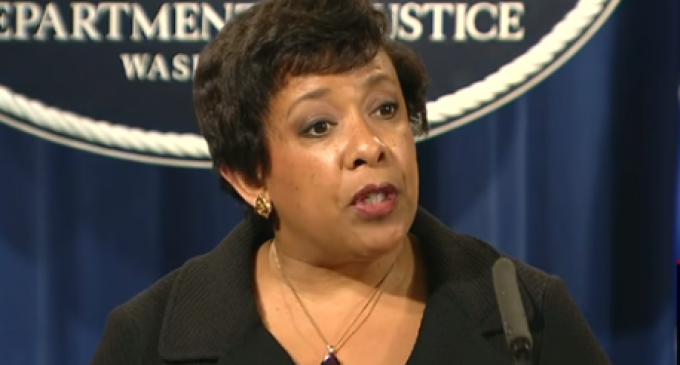 Maybe a punch in the face is the only answer to the obnoxious and idiotic Lefties like Barack Obama and Loretta Lynch. Common sense doesn't get their attention. Objective reasoning is foreign to them. Historical precedent is simply ignored. They need to get something straight, but they seem unable to.

It is this. Genitalia is a pretty good indication of one's gender. If there is any confusion, a test of chromosomes is another way to judge, and still pretty clear. You cannot “choose” or “be assigned” a gender any more than you can be “assigned” your eye color. It simply is what you get when you are born. Putting in blue tinted contacts does not make a brown-eyed person a blue-eyed person, in the same way that that sliding on a dress does not make a guy a gal. And no matter how much a woman with 13 cats loves felines, relates to felines, talks to felines and even thinks she is a feline, she is not a damn cat! She is simply a woman with a psychosis, and she is not helped by pandering to her mental problems and pretending she's a cat.

The idiots in the Obama administration have decided that a tiny segment of society who are suffering from a sexual identity psychosis, less than one half of one percent of the population, should lead the rest of the public around by the nose and demand rights that make no sense and have no basis in reality. But Obama and Attorney General Loretta Lynch are determined to bully the American people and show them who is boss. And they seem to be winning.