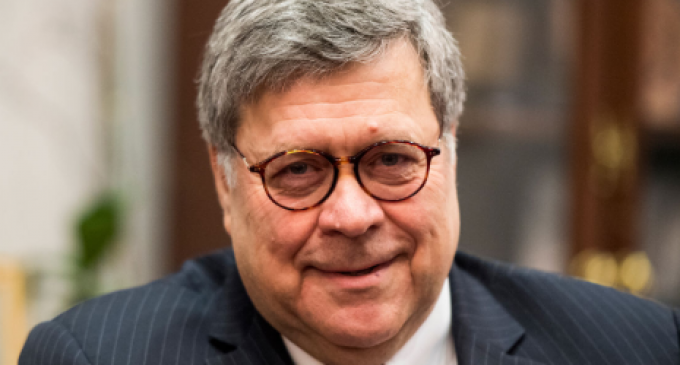 Barr received Mueller's report on Friday and spent the weekend combing it, deciding how much Congress and the public will see.

Mueller’s investigation is known to have concluded without a recommendation for further indictments after having snared nearly three dozen people, senior Trump campaign operatives among them. The probe illuminated Russia’s assault on the American political system, painted the Trump campaign as eager to exploit the release of hacked Democratic emails to hurt Democrat Hillary Clinton and exposed lies by Trump aides aimed at covering up their Russia-related contacts.

White House officials were buoyed by word that Mueller was bringing no new charges. Trump spent the weekend at his Florida estate, making no public appearances and tweeting only: “Good Morning, Have a Great Day!” Then he followed up: “MAKE AMERICA GREAT AGAIN!”

Mueller submitted his report to Barr instead of directly to Congress and the public because, unlike independent counsels such as Ken Starr in the case of President Bill Clinton, his investigation operated under the close supervision of the Justice Department, which appointed him.

Mueller was assigned to the job in May 2017 by Deputy Attorney General Rod Rosenstein, who oversaw much of his work. Barr and Rosenstein analyzed Mueller’s report on Saturday, laboring to condense it into a summary letter of main conclusions.

Barr said he wants to release as much as he can under the law. That decision requires him to weigh the Justice Department’s longstanding protocol of not releasing negative information about people who aren’t indicted against the extraordinary public interest in a criminal investigation into the president and his campaign. It's time for Presidential pardons, beginning with Roger Stone.