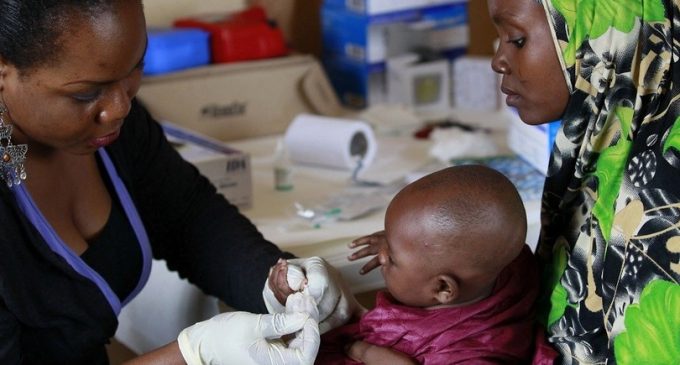 The current Ebola outbreak in the Democratic Republic of Congo is the second biggest in history with an estimated 1200 infected and 764 having died. Experts warn that is will be “very difficult to bring it under control” due to the ongoing conflict between Congolese troops and Burundian rebels that hamper efforts by healthcare workers.

The outbreak started in August 2018 and authorities claim to have contained it within two provinces in DRC – North Kivu and Ituri.

The chairman of the World Health Organization's emergency committee on Ebola, Professor Robert Steffen, has not declared an emergency because it would not change circumstances on the ground.

“It does not mean we can lean back and relax,” Steffen said. “Funds are now needed to avoid a public health emergency of international concern.”

The WHO said it had received only half the money it needed to tackle the disease. One would think that declaring an emergency would be prudent for other countries.

20 Congolese migrants sitting in shelters in Laredo, Texas are being monitored for the virus.

In 2017, an incurable and highly infectious strain was discovered in Uganda. The declaration of an emergency by the WHO for international interests would seem to be prudent.