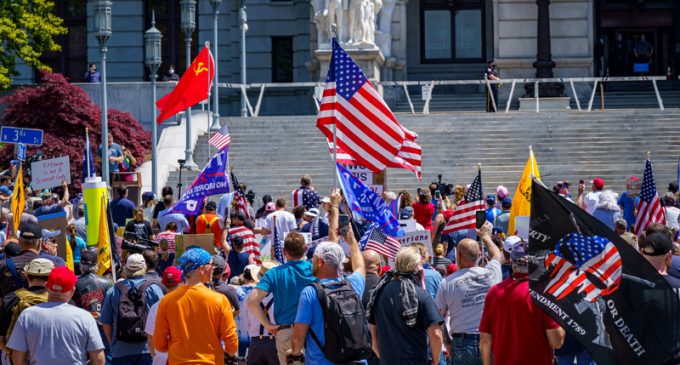 Natural News founder Mike Adams claims that multiple sources have told him within the 12 days President Biden will announce another nationwide lockdown that will take effect due to the “delta” variant and “anti-vaxxers.”

Dr. Fauci said on Sunday that the US will not lock down again due to the Delta variant, but “things are going to get worse.” Needless to say that Fauci is quite capable of flip-flopping.

While one might think that government officials would buckle under the pressure of nationwide protests, especially from Red states, Adams believes this is part of a plan designed to set the stage for a false flag with the ultimate target being people who refuse to take the vaccine. Five Red states that have already committed to remain open are Montana, Florida, Texas, North Dakota and South Dakota. The Blue states will be effectively turned into medical police states.