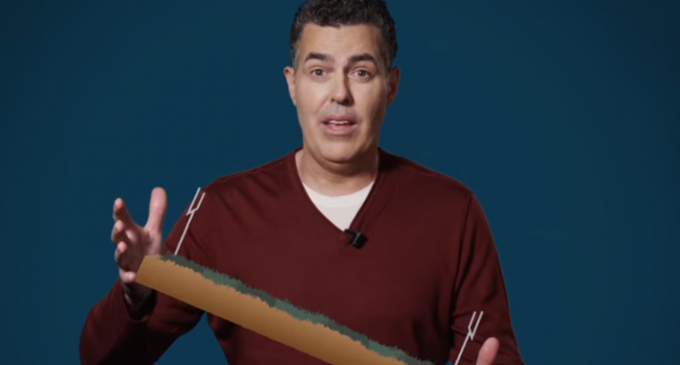 Nobody ever accused Adam Carolla of being subtle. His bluntness and ideas on American politics are things that the democrats can't stand and country club Republicans shake their heads at.

Why? Because he's telling the truth. And as we all know, truth and politics don't mix. In a video, which you view on the next page, he discusses the current presidential debate and attitudes of modern Americans.

Yes, a lot has changed in the past ten years. Americans have gone from trying to find ways to get a job and earn a living to trying to find ways to remain unemployed but still get paid. We've gone from rising above our circumstances to always playing the victim. And the worst part about it is the fact that so many people rely so heavily on the government to see that they're taken care of. As Adam Carolloa says in his short video, “When has the government ever done a good job of fixing anything?” American citizens shouldn't be counting on the government to fix things that they could fix themselves.