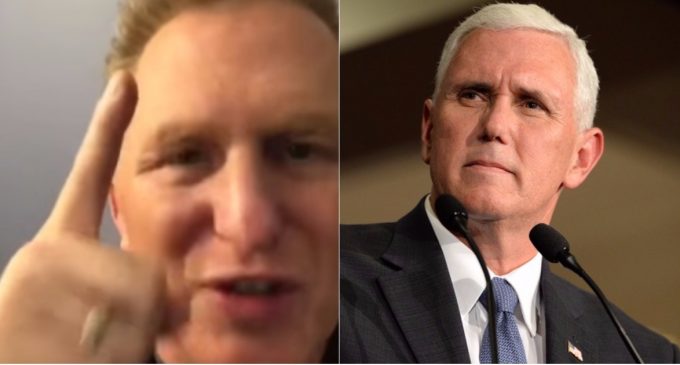 Out of all the horrific things, one can say about our Vice President, or any elected official for that matter, Rapaport’s takes the win.

In a true reflection of Hollywood values, actor Michael Rapaport focuses first on nothing of substance, and rebukes the Vice President for having too thin of lips, and imagines what he would look like orally servicing his genitalia.

The morals or lack thereof put forth in his rant will be the new gospel if liberalism manages to take a permanent hold in America.

The left that thinks President Trump too crude, Vice President Mike Pence too devoted to his family, praises this man as being “a truth speaker”.

Really? That is what the left considers to be the (contradictory) truth? Continue to the next page to view this vicious attack against the name of our Vice President Mike Pence for yourself. This is important because it signifies what the left wishes us to believe regarding family values.

WARNING video contains adult language and is not suitable for all ages.

Head on over to the next page