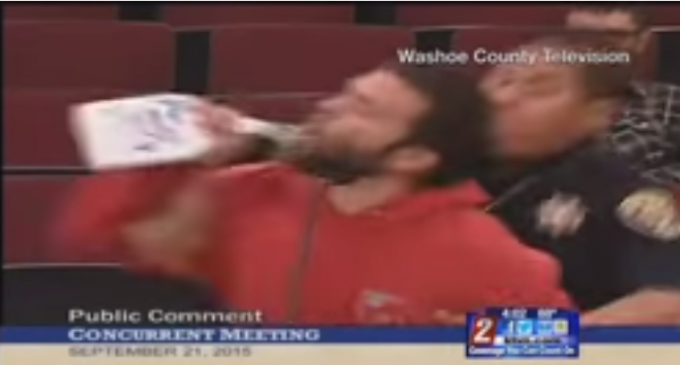 28-year-old activist Ross Tisevich was tackled by police and arrested when attempting to speak about the dangers of the herbicide Round-Up at a local town meeting.

Just before being tackled, Tisevich pulled a container of Round-Up out of his waistband and said that he was going to drink it. As he began to follow through on his promise and drink the liquid inside, he was immediately surrounded by police officers who tackled and cuffed him.What did he drink? Find out on the next page: