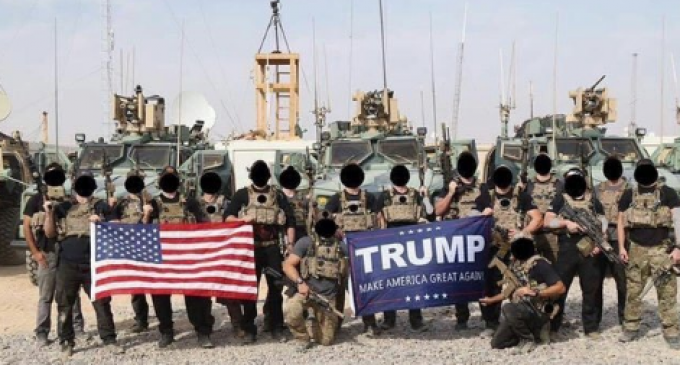 The GOP has always been able to count on the military to provide votes — but Donald Trump's nomination briefly put those votes in doubt.

Throughout Trump's campaign, the billionaire businessman made several comments that were unthinkable coming from a Republican candidate. He called the war in Iraq a mistake, he called nation-building a waste of time, and, in what may have been his most controversial moment, he questioned the heroism of John McCain. In a reference to McCain's time as a tortured prisoner of war in Vietnam, Trump mused, “I prefer people who weren't captured.”

But these moments don't' seem to have had a lasting effect on the nation's veterans. Trump won the military vote, as expected, and has remained a fierce defender of the armed forces as commander-in-chief.

Read about their movement on the next page: