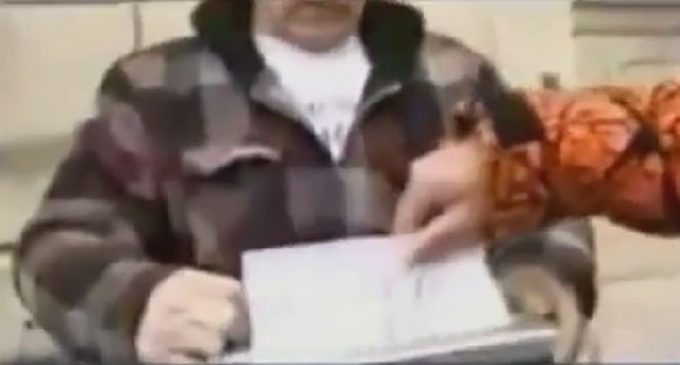 Protesters shredded gun registration forms and some completed the forms with additional notes and comments. They say this protest symbolizes the way their government has ‘shredded’ their rights under the Constitution’s Second Amendment.

April 15, 2014 marks the deadline for when people who owned assault weapons prior to the passage of the SAFE Act were supposed to register them with New York State.

The SAFE Act redefines an “assault weapon” as almost any semi-automatic weapon with a “military-style feature,” including a telescoping stock, long guns with a pistol grip, or the ability to hold a detachable magazine.

Those types of guns can no longer be bought and sold in New York, but people who already owned them are “grandfathered” in to the law, so long as they register the weapon or have the guns permanently modified so that the “military” features are inoperable.