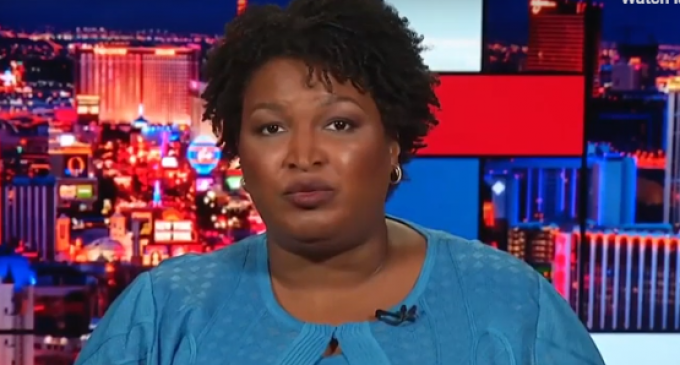 Abrams failed to win the election last year to become the governor of Georgia to become the nation’s first female African-American governor. Abrams then refused to concede the race – claiming that the state’s cleaning up of voter rolls suppressed African-Americans. Abrams said she would not concede because that would mean to “acknowledge” Brian Kemp's victory and accept the process she called corrupt.

While on Maddow's show, Abrams said:

“We know that we also face foreign influence that is being denied by the White House, by the would-be tinpot dictator of Donald Trump, but also that Moscow Mitch is stopping voter rights legislation and election security legislation,” Abrams said. “But we also know they just lifted a consent decree that's kept Republicans and the RNC from going into local communities and intimidating voters by having off-duty officers tell people that they are monitoring their votes.”

“For the first time since 1981, the RNC will be allowed to cheat and lie and go into polling places and scare voters, particularly voters of color,” Abrams said. “Fair Fight 2020 is designed to anticipate all those challenges, but not just worry about them, work against them and that's what we learned from 2018. We cannot wait for the cavalry to come. We have to be the army and we have to stand up now.”

Abrams makes this claim even though she was alleged to have committed voter suppression with the New Black Panthers. See the video below.