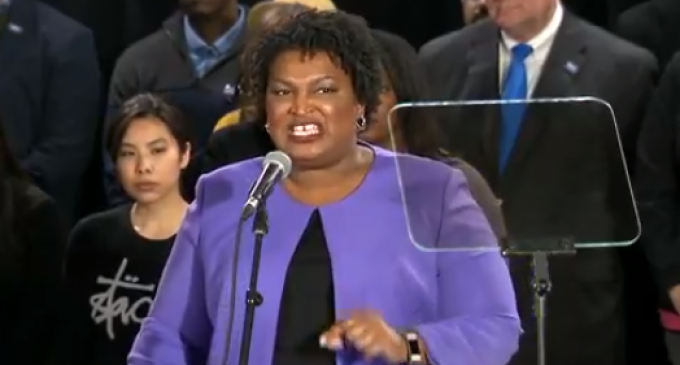 Stacey Abrams’ campaign and her legal team of almost three dozen lawyers are preparing for an unprecedented legal challenge that could make its way to the state's Supreme Court.

The Democrat went so far as to admit that she cannot win against Republican opponent Brian Kemp, yet she refuses to concede and told the conservative Secretary of State pinned “his hopes for election on the suppression of the people’s democratic right to vote.”

“Let’s be clear: This is not a speech of concession,” she said. “Because concession means to acknowledge an action is right, true or proper. As a woman of conscience and faith I cannot concede that.”

Officials from Abrams’ campaign told The AP on Thursday that she was considering the move of invoking a state law that would allow her challenge election results based on “misconduct, fraud or irregularities … sufficient to change or place in doubt the results.”