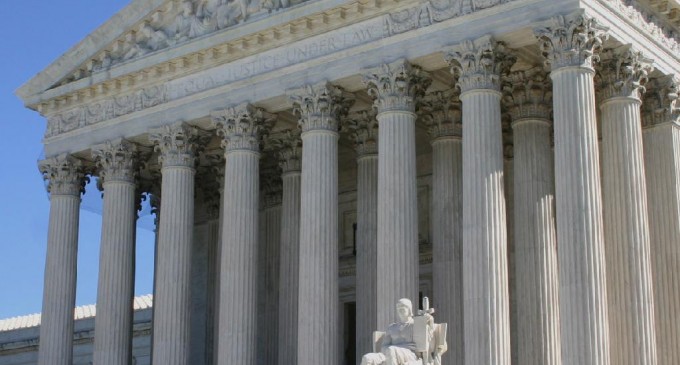 How would you like to own a business where you can kill people and never get sued?

The Supreme Court has actually ruled that a private business in America is above the law. This is undeniable fascism!

Many feel that pharmaceutical companies produce vaccines, loaded with mercury and formaldehyde, that are the main cause of autism.

But our right to discover this is now a moot point!

The fact is that corporations are now in full control of our government. Congress and the President are nothing more than puppets who are owned by banking and corporate interests.

Now, the final ‘check and balance' we are suppose to have to protect our rights as a people, our judicial system, also shows itself to be corporate controlled.

America is no longer a free society. We live in a country who's financial system is controlled by private banks via the Federal Reserve, all branches of government and our media is controlled by corporations and a police state being heralded in by the Dept. of Homeland Security.

The court ruled 6 to 2 that going before a special tribunal set up by Congress is the only way parents can be compensated for the negative side effects that in rare instances accompany vaccinations.

The majority said that Congress found such a system necessary to ensure that vaccines remain readily available, and that federal regulators are in the best position to decide whether vaccines are safe and properly designed.

The National Childhood Vaccine Injury Act of 1986 “reflects a sensible choice to leave complex epidemiological judgments about vaccine design to the FDA and the National Vaccine Program rather than juries,” Justice Antonin Scalia wrote, referring to the Food and Drug Administration.

Justices Sonia Sotomayor and Ruth Bader Ginsburg dissented, saying the threat of lawsuits provides an incentive for vaccine manufacturers to constantly monitor and improve their products.

The decision “leaves a regulatory vacuum in which no one – neither the FDA nor any other federal agency, nor state and federal juries – ensures that vaccine manufacturers adequately take account of scientific and technological advancements,” Sotomayor wrote.

The decision is a victory for vaccine makers such as Wyeth and GlaxoSmithKline. Kathleen Sullivan, who represented Wyeth in the case before the court, told justices that ruling against the company could lead to thousands of lawsuits in which parents claim, for instance, that the mumps, measles and rubella vaccine played a role in their children's autism.

It also marks another chapter in the court's evolving jurisprudence on “preemption,” the question of when federal laws and regulations displace state actions or lawsuits. Those questions often divide the court on ideological grounds, but in this case, liberal Justice Stephen G. Breyer joined the court's consistent conservatives.

The Obama administration also backed the vaccine makers, and Justice Elena Kagan was recused because of her work on the case as President Obama‘s solicitor general.

The case was brought by Russell and Robalee Bruesewitz on behalf of their daughter Hannah, 18. Hannah began to have seizures as an infant after receiving the third of five scheduled doses of Wyeth's Tri-Immunol diphtheria-pertussis-tetanus vaccine. The company, now owned by Pfizer, has taken the drug off the market.

The 1986 federal law said that all such claims must first go to a special tribunal commonly called the “Vaccine Court.” The program has awarded nearly $2 billion for vaccine-injury claims in nearly 2,500 cases since 1989. It is funded by a tax on immunizations.